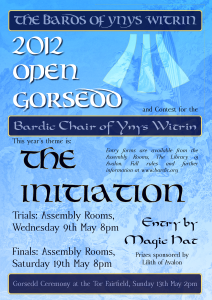 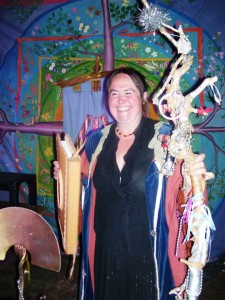 We’re thrilled to announce that Gerry Barnett won the 2012 contest for the Bardic Chair to become the 7th Bard of Ynys Witrin. The Crown went to Harmony and the Fool’s Hat was presented to Richard Field. The Judges decided to award the Tim Sebastion Memorial Trophy to Nathan Lewis Williams for his work in “the elevation of the word” and Tara was accepted as Younger Bard of Ynys Witrin for 2012. 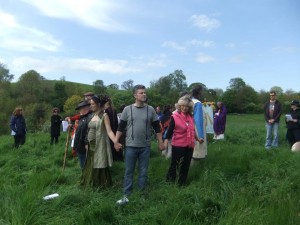 10 new Bards were initiated at the Open Gorsedh ceremony, so we welcome Richard Field, Denise Michell, Gerry Barnett, Lokabandu, Carol, Stuart Packer, Morag of he Moor, David Muir, Andy and Daygan into the fold. Honorary Bardships were also awarded to Pok and Graham Coles (The Town Crier of Glastonbury) in recognition of their unique contributions to the community. 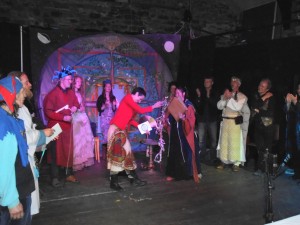 With 14 contenders in the Trials, this was the biggest contest we’ve held so far and the standard of the entries was phenomenal. Thank you to everyone who took part and contributed to making it happen!